We would like to offer our sincere support to anyone coping with grief. Enter your email below for our complimentary daily grief messages. Messages run for up to one year and you can stop at any time. Your email will not be used for any other purpose.

Share a memory
Obituary & Services
Tribute Wall
Read more about the life story of Alan and share your memory.

Alan “Taz” Braswell age 61 of Midland City passed away Saturday, January 14, 2023 at his home surrounded by family. Funeral service will be Saturday, January 21, 2023, 2pm at Family Family First Funeral Care chapel with visitation from 12-2pm.
Alan was born May 15, 1961 in Hartford, Alabama to M L Braswell and Sarah Catherine Brock. While he was born and raised to be a "tree man" along side his father and uncles, he took a break from trees and decided he wanted to travel the country while working as a carnival DJ; he also DJ'D at multiple nightclubs across the country.
After he found the love of his life, he settled back into tree work and later operated Budget Tree Service as a tree surgeon. He was a previous member of Veterans Brotherhood MC, and a current member of Chaotic Few MC. He loved Harley Davidson motorcycles, fishing and stump grinding and the grandbabies.
Alan was preceded in death by his parents; and a niece Jessie.
Survivors include his wife of 17 years Ginger Miller Braswell; sons Nicholas Dorroh (Colleen), Branson Andrews (Tina) and Bradley Moore; daughters Savannah Braswell Troup (Edward), Jamie Dorroh; grandchildren Ivy Dorroh, Eli Lee, Chloe Lee, Piper Martin, Lyric Braswell, Khe’Mari Reed, John Nemergut (Aries), Alexander Pace, Penelope Pace, Raven Andrews, Kimber Andrews, Jaxon Fontenot, Asher Hawthorne; sisters Sarah Lee Pitts, Sylvia Bucklin (Mike); also a very special aunt who he shared a close bond with Faye Gamble and his favorite nephew Rusty Whitten (Melissa).
Pallbearers will be members of the Chaotic Few Motorcycle club (Dothan Chapter). Honorary pallbearers will be the Opp chapter of Chaotic Few as well as his sons Branson Andrews, Bradley Moore, Nicholas Dorroh, nephew Rusty Whitten, grandson John Nemergut and son-in-law Edward Troup.

To send flowers to the family or plant a tree in memory of Alan “Taz” Braswell, please visit our floral store. 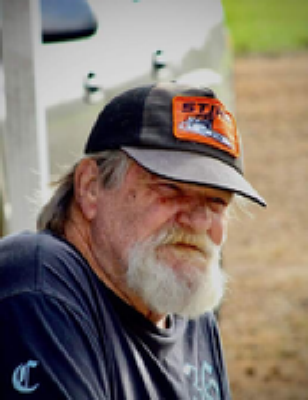 In Loving Memory Of

Look inside to read what others
have shared
Family and friends are coming together online to create a special keepsake. Every memory left on the online obituary will be automatically included in the book.

In Loving Memory Of

Look inside to read what others have shared

Family and friends are coming together online to create a special keepsake. Every memory left on the online obituary will be automatically included in the book.

You can still show your support by sending flowers directly to the family, or by planting a memorial tree in the memory of Alan “Taz” Braswell
SHARE OBITUARY
© 2023 Family First Funeral Care. All Rights Reserved. Funeral Home website by CFS & TA | Terms of Use | Privacy Policy | Accessibility